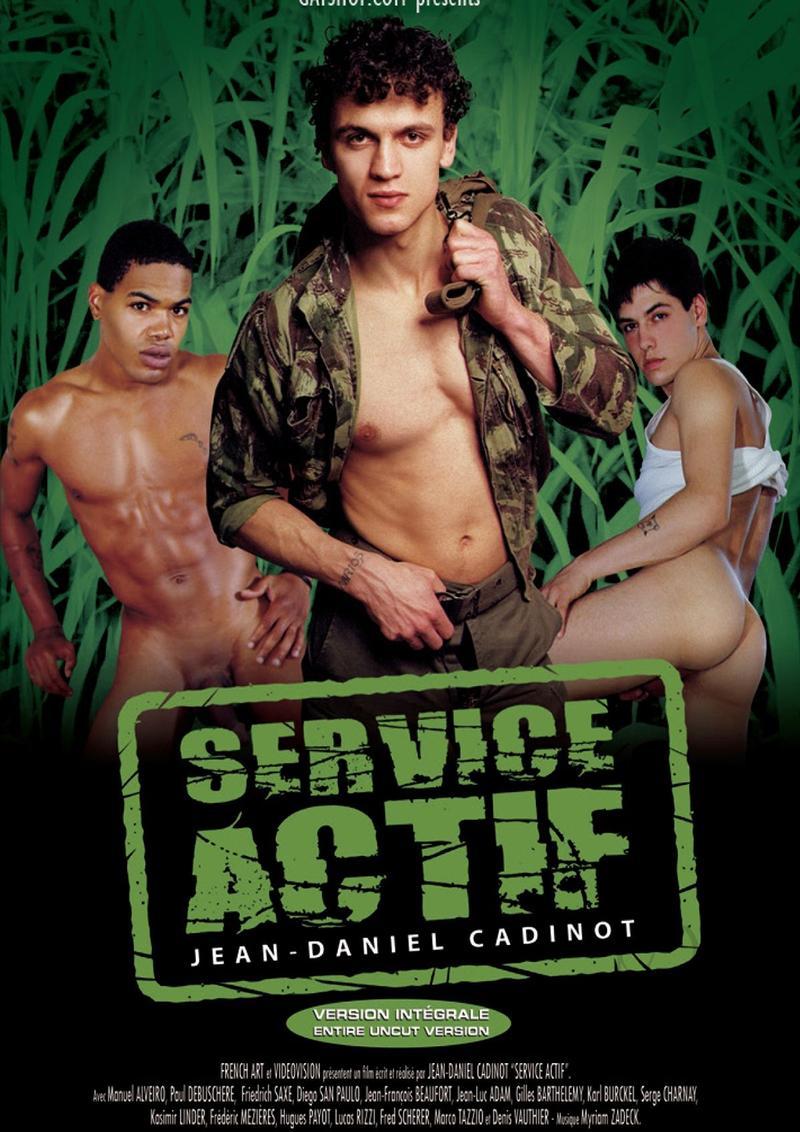 Unlike much of Cadinot`s work, Service Actif, from 1990, is not primarily a youth-filled film. As usual, however, the sexual action is generous and intense, with ten glorious sexual scenes. This account of the sexual adventures of a French army platoon begins with the cocks and arses of nine guys being examined by the medical officer, resulting in a late arrival having to suck the officer`s dick. Non-stop action follows as, even out on maneuvers, these soldiers ram one another into extasy. A giant orgy scene in the barracks provides a fitting finale. Perfectly photographed, with realistic indoor and outdoor army locations, this Cadinot classic features sixteen officers and recruits both in and out of uniform.